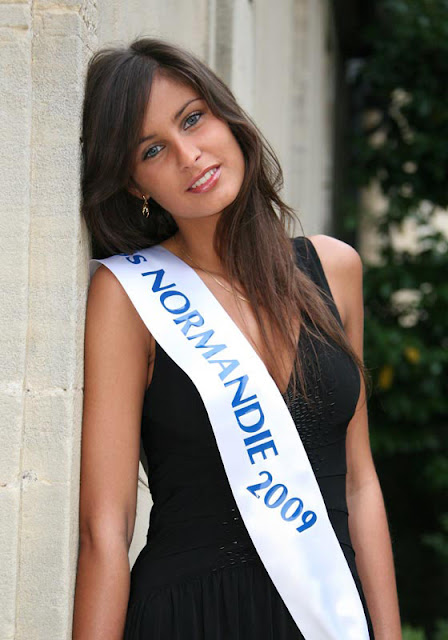 Malika Menard, who lives in Caen, where she studied law, became the 63rd winner of this ceremony, broadcast live on TF1.

For the first time this year, Miss France has been chosen by a vote conducted entirely by the public among five finalists who have themselves been designated in a mixed voting shared 50/50 between the public and the jury chaired by the actress and singer Arielle Dombasle.

The new Miss, elected before four thousand people gathered at Nikaia Palais, would give, after her election, a press conference along with Genevieve de Fontenay president of Miss France Committee.

Miss Normandie, Malika Menard wins the Miss France 2010 beauty pageant held on December 5. She was crowned by Chloe Mortaud, Miss France 2009. She will represent her country at the Miss Universe 2010 pageant and Miss World 2010 in Vietnam. 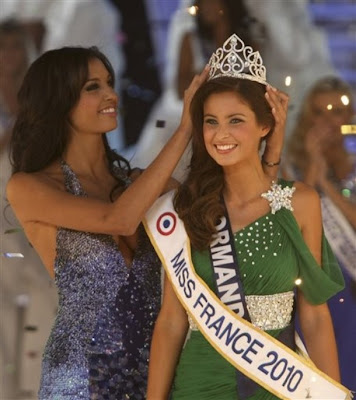 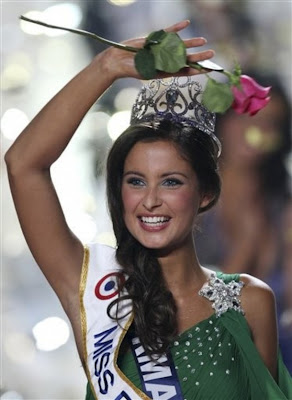 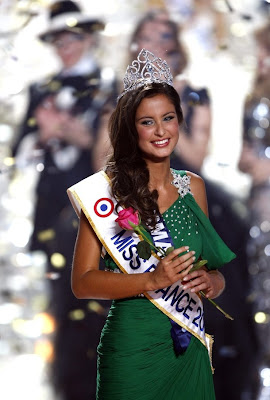 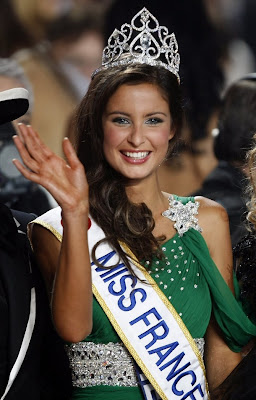 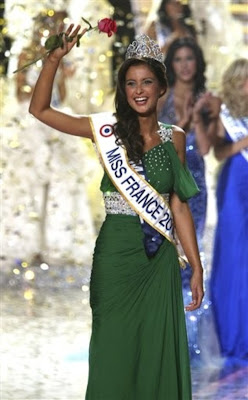